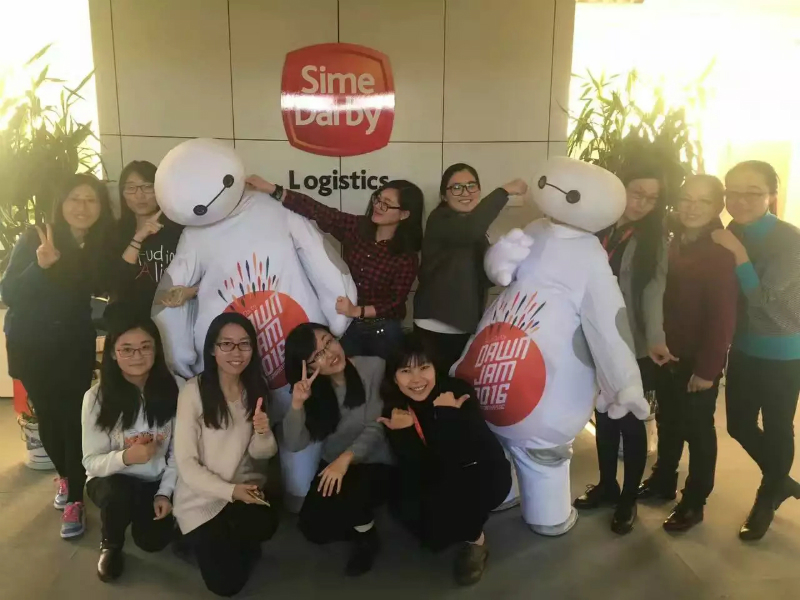 Working in a foreign land, away from family and friends may be intimidating and overwhelming for many people, but Jovina Yong Yee Mun, takes it all in stride. Jovina, a Malaysian joined Sime Darby Logistics in China in September 2016 as a Logistics & Halal Park Manager and is now in the strategy unit as a Senior Manager of Marketing and Business Development. She talks about her work life in Weifang, Shangdong Province, having traversed between the north and south of China over the past five years.

“I first started working in Qinzhou, Guangxi, in southern China in 2012 being involved in a halal industrial park development there. I am now based in Weifang, which is in the northern part of China. The environment here is totally different in terms of climate, food and people compared to southern China.”

“It took me a while but I got used to the different setting in China compared to Malaysia. Moving from the South to the North was also another experience altogether. I embraced the changes as it opened up my mind to see things from a different perspectives."

“I am here to learn and acquire as much experience as I can, in the hope that of being able to serve my tanahair (homeland) better one day. That thought keeps me going!” added Jovina.

She has been involved in working with government officials, industry players, trade organisations and agencies of both countries to facilitate and support trade activities from a logistics standpoint. Having been in China for over five years, Jovina says the bilateral relationship between China and Malaysia has grown stronger with more opportunities for both countries in terms of trade, culture and knowledge.

Whenever she misses home, fellow Malaysians working in Weifang were her companions during regular get togethers sharing jokes and home-cooked Malaysian food.

I am here to learn and acquire as much experience as I can, in the hope that of being able to serve my tanahair (homeland) better one day. That thought keeps me going!