The Sky Is The Limit for Karen Alexander
Industrial 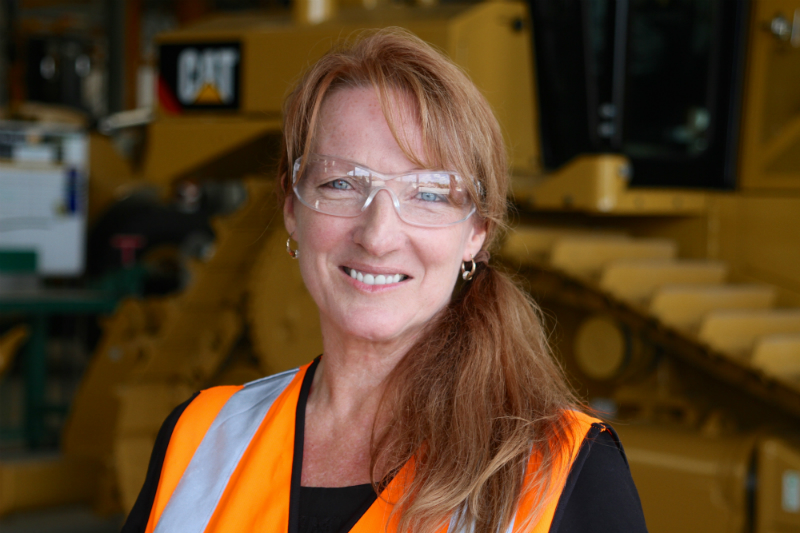 If Karen Alexander who works as a Manager of Strategic Alliances – Mining, at Hastings Deering, tells you she wants to reach for the stars, you should take her seriously.

A successful Everest climber and finalist in the 2007 Telstra Business Woman of the Year, Karen, who has over 30 years of experience in the resources sector was recognised for her outstanding achievements.

This award recognises exceptional achievement in the Queensland resources sector in any occupation. It recognised Karen’s leadership skills, resilience, how she overcomes barriers, seeks out new responsibilities and faces challenges. It also noted her record for encouraging and mentoring other women and her efforts towards building gender diversity within the sector.

The award also recognised her contributions to her local community and the resources communities in which she has connections, particularly in helping to secure the industry's social license to operate.

Originally from New Zealand, Karen and her 83-year-old father, who just missed out on climbing with Sir Edmund Hillary in 1953, reached the summit of Mount Everest in 2014 to complete his ‘unfinished business.’

‘My biggest reward is seeing women move freely and naturally into resources careers as if the pathway was natural and expected – not something unusual or to be noted. I am working to implement some further mentoring programmes with Hastings Deering that I envisioned after attending the Caterpillar Women’s Leadership Forum,” she added.

Karen has also been involved with the Sunshine Coast University, being an External Advisory Board Member for its ENACTUS programme since 2001, a not-for-profit global student programme encouraging students to take classroom theory into the real world and develop projects to benefit communities. Since 1999, Karen has also been a member of the Faculty Academic Board for Science and Engineering, and has been an Engineering Course Advisory Group member since 2013.

"‘My biggest reward is seeing women move freely and naturally into resources careers as if the pathway was natural and expected – not something unusual or to be noted."