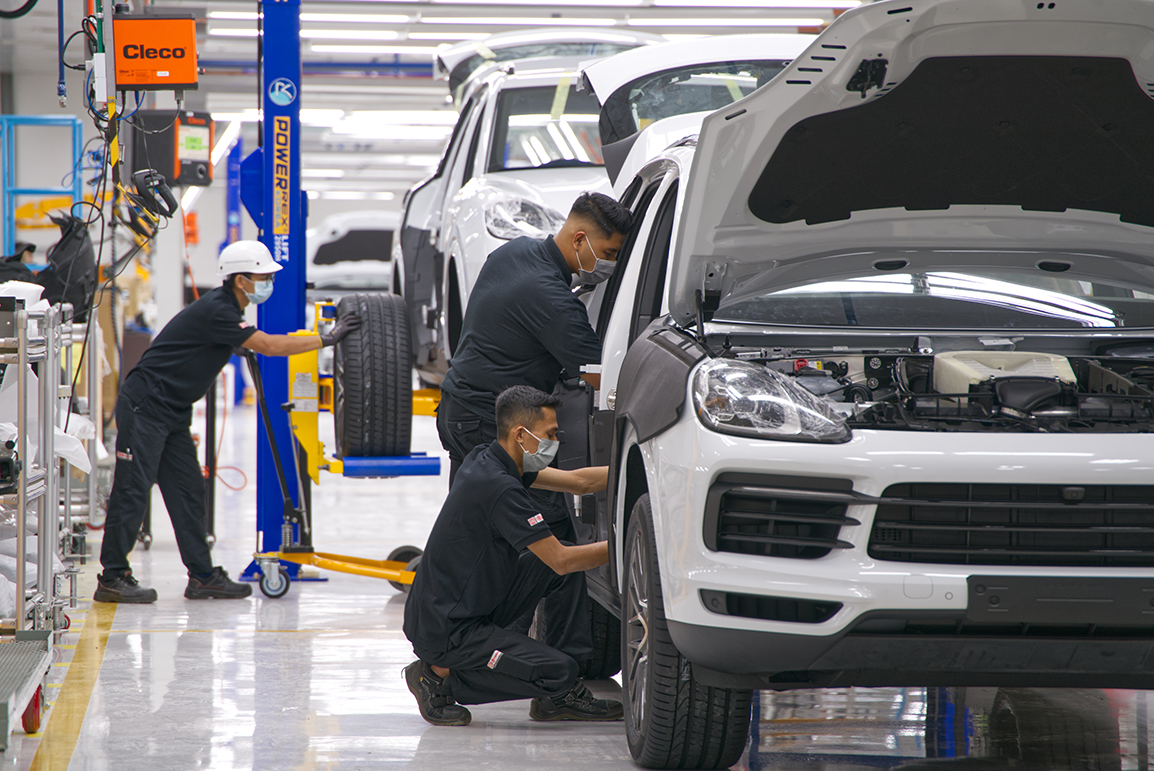 PORSCHE AG has seen good growth in terms of Interest and sales of Its vehicles in Malaysia over the years, resulting in 60 percent more deliveries last year alone.

The German carmaker said this was realised through its partnership with Sime Darby Bhd's automotive arm Sime Darby Motors, which has been Porsche's 'partner of choice' for 12 years.

Over the years, we have witnessed positive growth in the number or sports car enthusiasts. The partnership has delivered impressive results, as reflected in the 60 per cent increase in deliveries last year.

In addition, Sime Darby's strategy matches with Porsche's aim to develop its network In the Asean region comprehensively and sustainably.

"Support from the International Trade and Industry Ministry and the Malaysian Investment Development Authority were also vital in the establishment or the facility," its spokesman told the News Straits Times recently.

With the launch of Porsche's first assembly plant outside Europe, we now look forward 10 connecting more Porsche fans with their dream sports car, tailored to specific local conditions," he added.
The assembly plant ln Kulim has been operational since March.

Porsche said Malaysia was chosen as the site for the assembly plant due to its well-established automotive landscape that presented significant business opportunities to realise the group's vision of expanding its presence in key markets across the globe.

"Malaysia, with its position at the heart of Asean. is a strategic market that holds vast potential. Over the years, we have witnessed positive growth in the number of spores car enthusiasts."

As one of the fastest-growing regions in the world, Asean was key to Porsche's global expansion plans to meet current and future demand, he added.

Porsche said beyond the Kulim assembly facility, it was continuously examining the market and looking closely for opportunities to grow the business further in Malaysia and regionally.

"We are expanding our footprint in Malaysia with our fourth Porsche Centre scheduled to open in Johor Bharu in the middle of the year."

Meanwhile, a Sime Darby spokesman said the group was confident of the continuous growth for Porsche in Malaysia, especially following the launch of the first locally-assembled Cayenne luxury sport utility vehicle.

"Our assembly capabilities in Kulim is a key element in our growth strategy for the Motors Division and a value proposition that differentiates Sime Darby Motors from other car retailers and distributors," he added.

Republished from The New Straits Times.