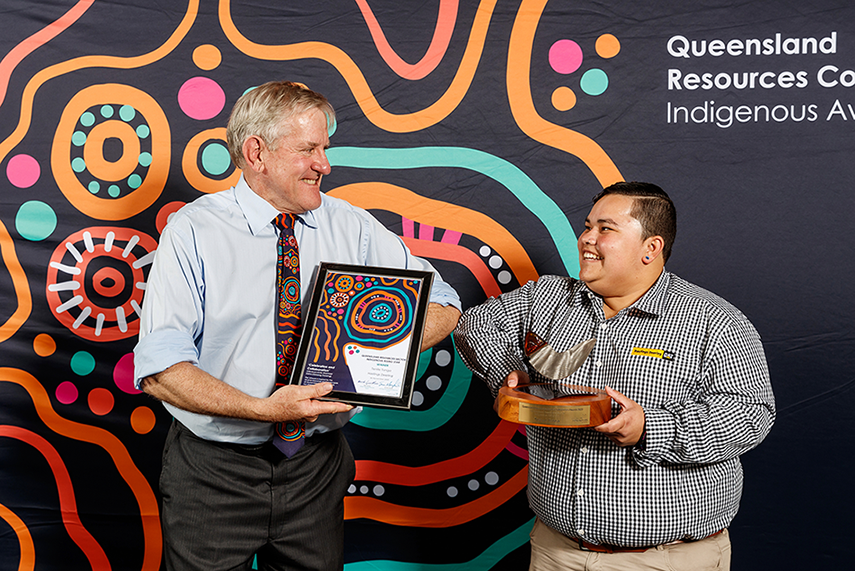 The QRC Indigenous Awards is an annual event celebrating leading practices in indigenous employment and training achievements in the resources sector in the state of Queensland in Australia.

“I love spending time in the shed, working on my Jeep Wrangler and motorbikes.”

Tenille, who is a Yuwibara woman, manages a team of 20 diesel fitters, trades assistants and apprentices at Hastings Deering’s Component Rebuild Centre in Mackay.

“My Dad often jokes that I was born with a spanner in my hand rather than a silver spoon in my mouth,” said Tenille.

“I love spending time in the shed, working on my Jeep Wrangler and motorbikes.”

Tenille attended Mackay Christian College where she gained a Certificate I in Construction, focusing on trades and engineering before starting her apprenticeship with Hastings Deering as a diesel fitter in 2013 and becoming a fully qualified tradesperson in 2017.

Tenille has demonstrated grit and determination and has been an outstanding role model and ambassador for the resources sector, setting an example that will encourage other indigenous people to succeed in the future.