Not just for the boys: Heidi Inkster shines as a Diesel Technician at Truckstops New Zealand
Motors 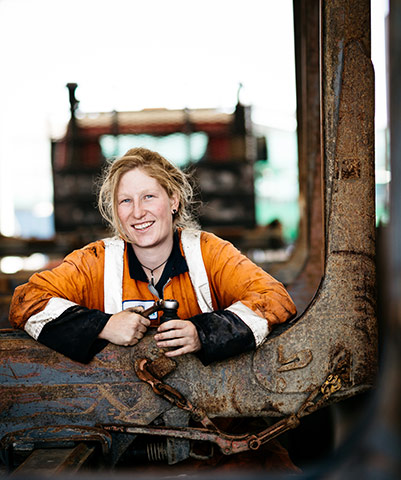 Diesel technician Heidi Inkster is one of the top mechanics at Truckstops, a subsidiary of Sime Darby Motors and New Zealand 's largest truck service, repair and parts provider. In 2018, she won the inaugural Hino Skills Competition national final for diesel technicians, beating out 28 technicians across New Zealand. The competition was jointly run by Hino Distributors and Truckstops. 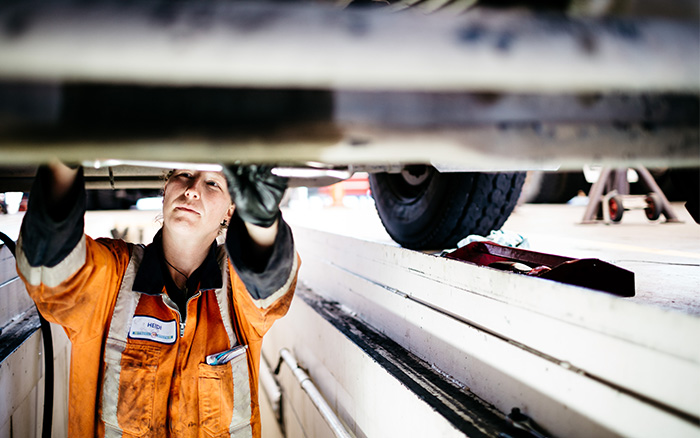 Heidi, who is from Truckstops Wellington, shined with her consistent effort throughout the competition and in 2019, she successfully defended her title. She is a genuine example of how women too can flourish in what has traditionally been a male dominated industry.

Before she joined Truckstops, Heidi was working in hospitality. She had no passion for the work, and wasn’t particularly enthused by the pay or hours either. She developed a passion for fixing vehicles after a DIY experiment on her own car. Her initial attempts at the job were sloppy and the results weren’t exceptional. However, she kept at it and learnt on the job.

She joined Truckstops in Wellington in May 2013 as a Diesel Apprentice and finished her training in March 2016.  It wasn’t long before she was handling diesel machinery and more complex technical work. Fast forward to today, and Heidi is Hino’s top mechanic in New Zealand.

Despite being in a male dominated industry, Heidi feels incredibly comfortable.

“For women out there who think they wouldn’t be able to cope with heavy lifting due to a lack of upper body strength, I haven’t found that to be an issue. We have the right tools and a big team, so I just ask for help.”

“I get asked a lot why I became a mechanic and I don’t feel that men would be asked that,” she said.
“One of the reasons I enjoy my job is because my days are varied. I could be fixing a complex wiring fault, wielding an exhaust or driving around in a truck trying to diagnose a fault,” she added.

Today, Heidi is one of the senior mechanics at Truckstops and according to her she has no issue telling the boys ‘what up’ when they have a challenging job in front of them. “I have a fun job and would encourage other women to consider becoming a mechanic. It truly is a viable and rewarding career option,” Heidi said.

Truckstops, a subsidiary of Sime Darby Motors, is New Zealand’s authorised distributor and after sales supplier - both service and parts - for Hino, Mack trucks and Volvo trucks, buses and coaches. Every year, Truckstops service and maintain over 14,000 vehicles.