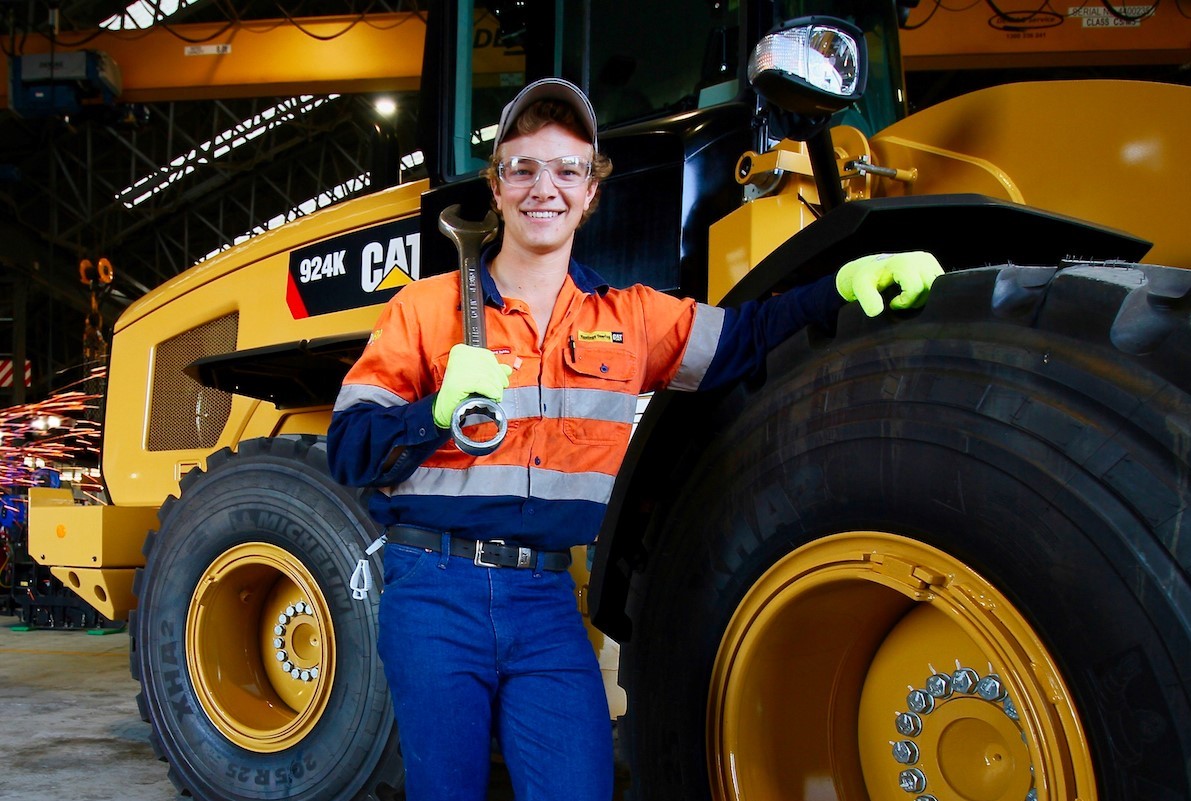 You can say that machines and engines run in his blood. For Tom Bourne, Hastings Deering’s Field Service Fitter and the 2019 winner of Caterpillar's Top Apprentice of the Year Award for ANZI, the interest in engines started when he was young.

He credits his dad in influencing his career path. Mr. Bourne senior was in the fuel injection/pump business in Toowoomba and through him Tom cultivated an interest in engines and how they work. In grade 10, he underwent a one-week work experience with Hastings Deering and that sealed the deal.

"I just love my job,” he said. "It is so diverse, from mining trucks and dozers, to machines for civil construction and even the marine industry.”

"Machine complexity and technology will continue to develop. Often you will find yourself at a remote mine trying to fix a problem so your knowledge has to be extensive.”

Hosted by Caterpillar at the Melbourne Training Centre, the five-day program is designed to be both a reward and a challenge for elite apprentices technicians. To become a candidate in this program, each apprentice must first compete in a rigorous competition to be the best apprentice at their dealer.

As part of the award, Tom earned a 'CAT passport' which allows him to work anywhere in the world with CAT machines. He will also travel to Chicago to participate in a two-week training course at the CAT headquarters.

"I'm excited because some of the things they teach over there will be a little bit more advanced, so I'm keen to learn as much as I can,” Tom said.

Looking to the future, Tom said that working in the autonomous mining industry was eventually his goal.

"Machine complexity and technology will continue to develop. Often you will find yourself at a remote mine trying to fix a problem so your knowledge has to be extensive.”