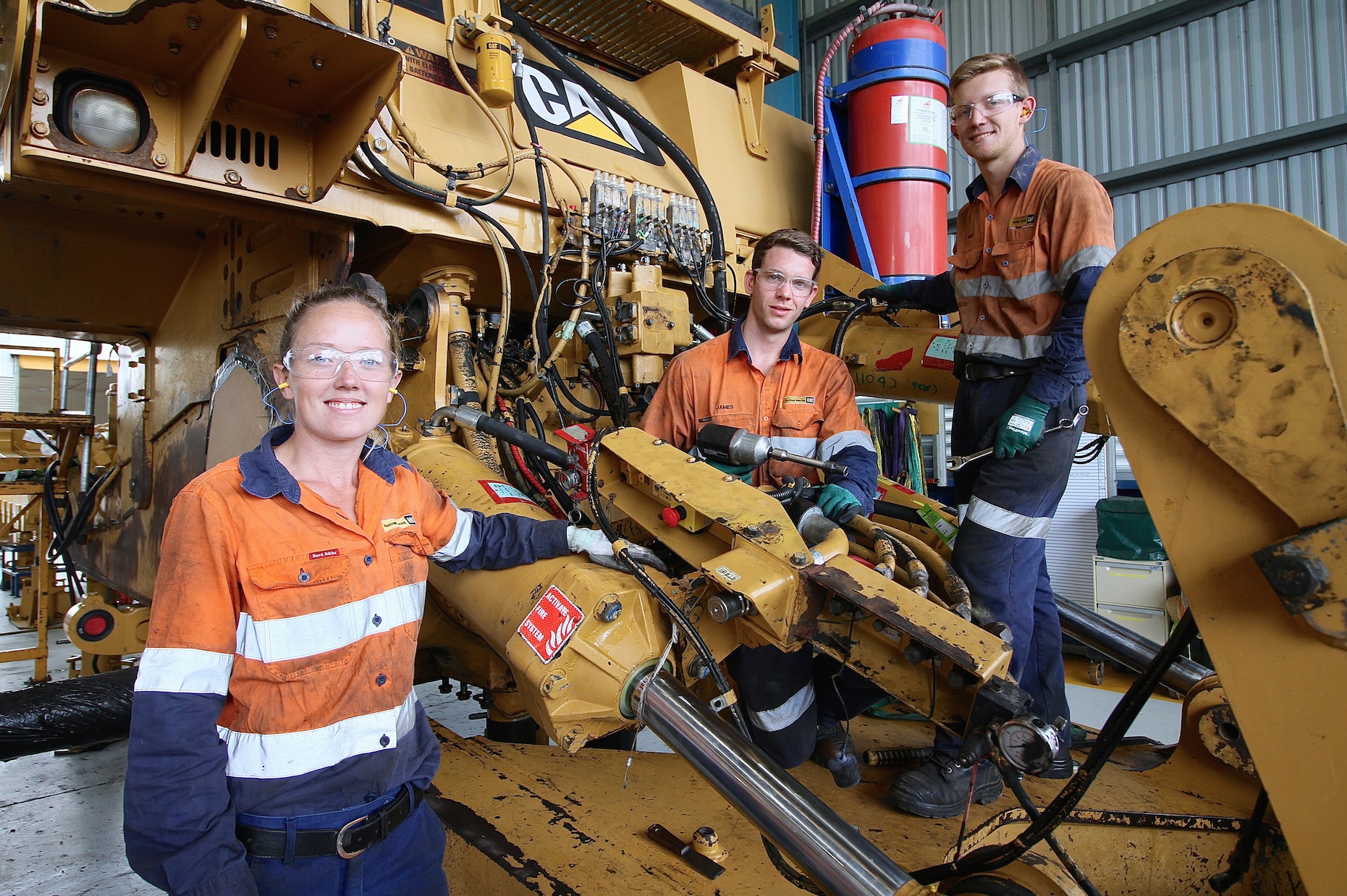 If there was a place that Dannielle Weston loved spending most of her days when she was growing up, it was her father’s shed. She tinkered around, helping her father fix lawn mowers, motorcycles and even cars.

As a child it was her dream to be a diesel fitter and she was ready to embark on the journey right after leaving school. Though her family was supportive of her choice of career, she had to forgo her intention due to the stigma then around women working in what was deemed as a man’s job.

Dannielle, a diesel fitter with Hastings Deering was named as a finalist of Queensland's three top resources sector women in the annual Resources Awards for Women in January this year and was named the 2018 Queensland Resources Council Women in Resources Exceptional Tradesperson, Technician and Operator of the Year on International Women’s Day, on 8 March.

“After leaving the bank to care for my son, I started thinking seriously about what I wanted to do with my life. My son Tyler has always been my biggest inspiration in everything that I do and I knew that I had to go out and chase my dream. I wanted to show him that if you work really hard for something, you can achieve anything,” Dannielle said.

With the backing of her supportive family, she embarked on her apprenticeship, having to travel from Rockhampton to Brisbane twice every year for a duration of four weeks each time, for four years.

“My parents would look after my son and it was a very hard time being away but both Tyler and I knew that it was all going to pay off in the end. My family is very proud of everything I have achieved in the last seven years and I am very lucky to have had them by my side,” she added.

She has never looked back. After completing her four-year diesel fitting apprenticeship, and winning training awards in the process, Dannielle is today the face of Hastings Deering’s apprenticeship programme, inspiring and training others as well.

Dannielle enjoys going out to schools to talk to girls in particular about jobs in the resources sector and to impress upon them that there are no jobs that are “a girl’s job”.

"My career got off to a slow start because of the expectations that girls should only do certain jobs. I found no barriers in working with heavy machinery and really do love coming to work every day.”
Dannielle has indeed broken the glass ceiling when it comes to stereotyping women in male dominated sectors.