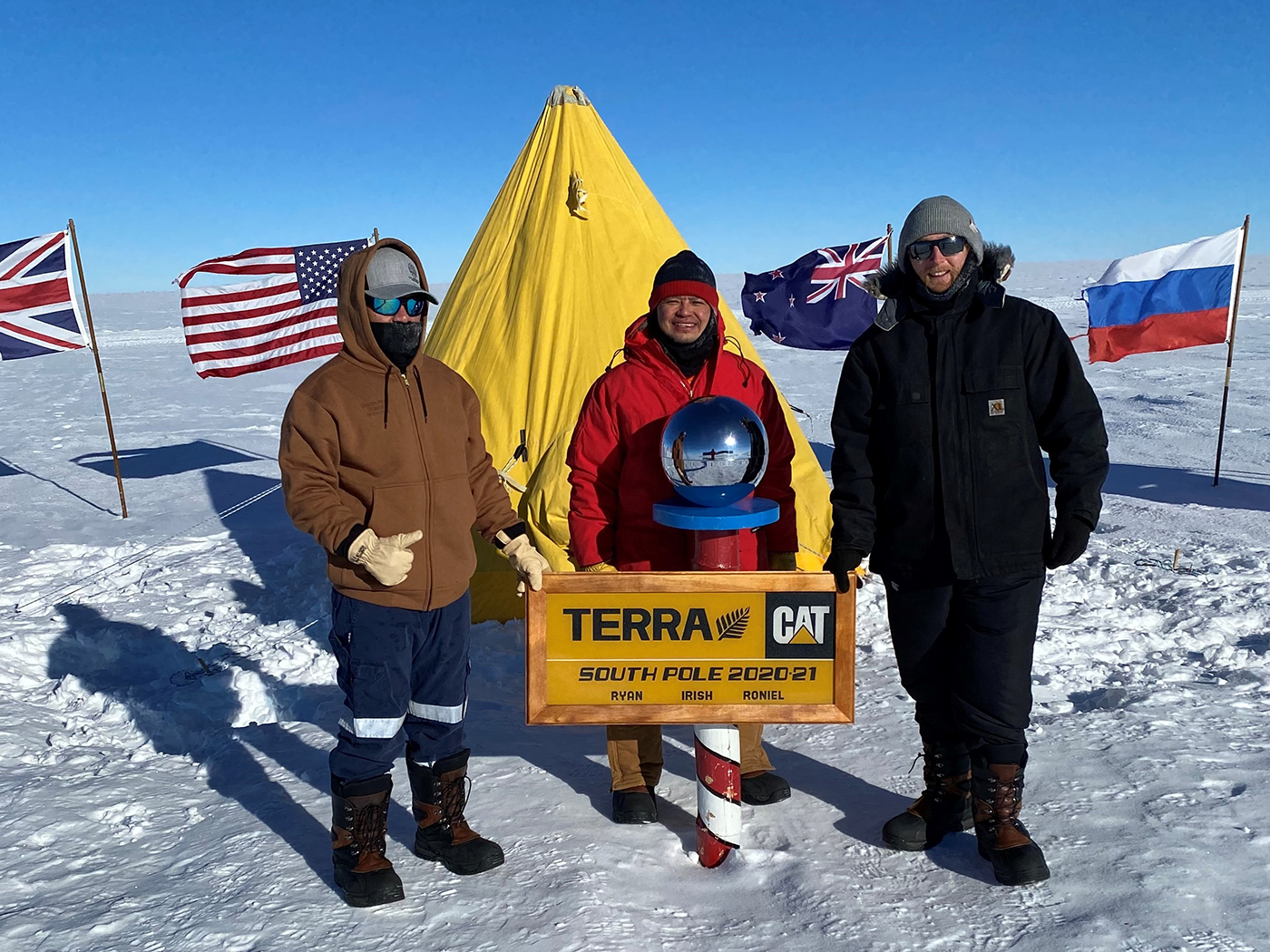 Our Caterpillar dealership in New Zealand, Terra Cat, services one of the most extraordinary places on Earth – Antarctica. Terra Cat works closely with the United States Antarctic Program (USAP) and the New Zealand Antarctic Programme, supplying and servicing excavators, bulldozers, generators and other machinery for the two research programmes in the South Pole.

“We’re proud that our people and the Caterpillar equipment they service can thrive in one of the most remote and rugged environments on earth.”

Recently, three Terra Cat technicians made a strong impact with their work there. Ryan Newman, Roniel Agad and Irish Villaroel returned from four months on the ice, with praise for their “absolutely outstanding” work.  They rebuilt five Cat 3512 generators powering both the South Pole and McMurdo research stations. This work is essential to keeping the lights on for everyone at the bases. 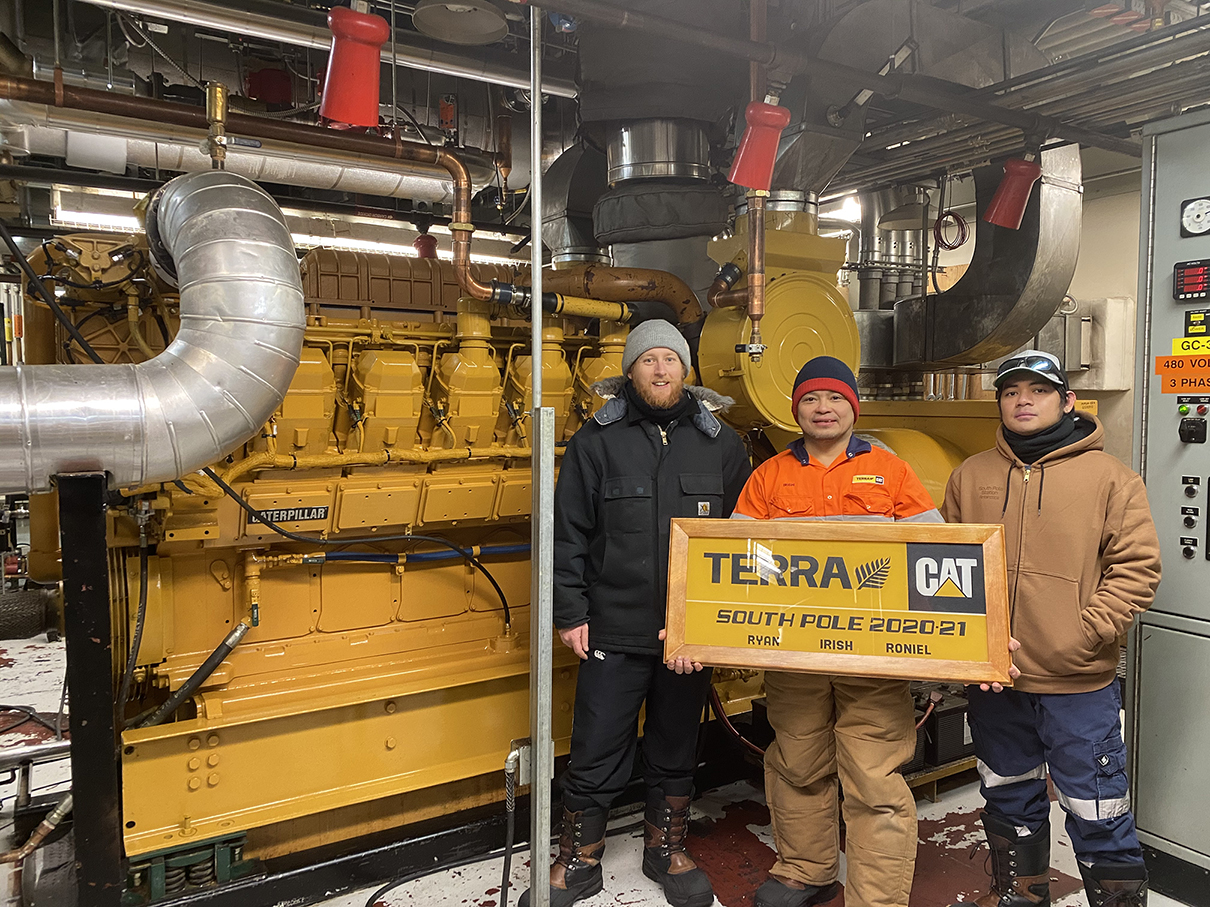 Dave Scheuerman, utilities manager for USAP, thanked Terra Cat for sending such an outstanding crew and said he’d never felt better about the condition of the South Pole Power Plant.

“Ryan, Irish and Roniel were great in the shop and solved several issues with getting the generators overhauled.

“They were delightful to have on the station and participated in community events … the station loved them. And, I have effectively two brand-new, right off the factory floor engines for the South Pole Power Plant.” 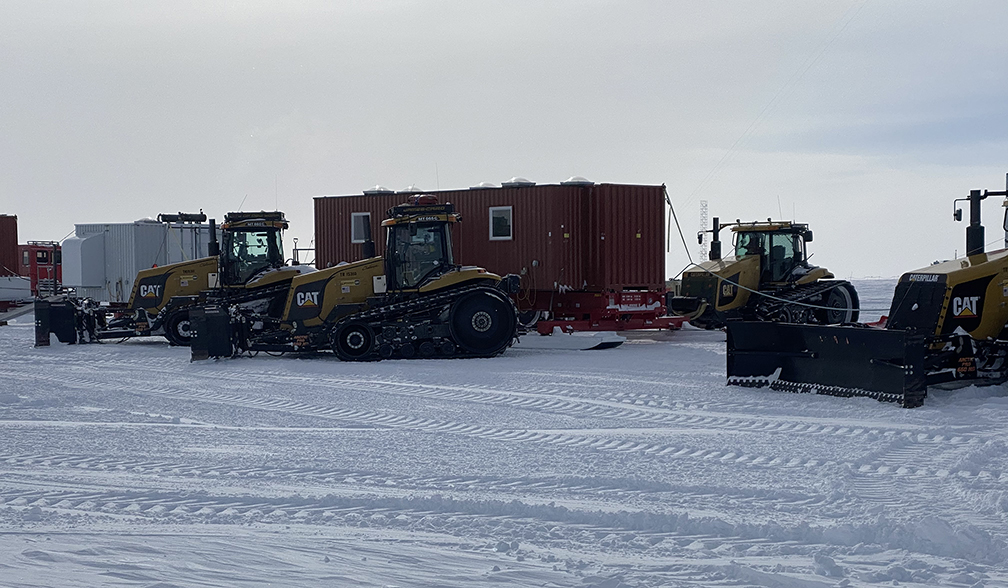 The New Zealand Caterpillar dealer has a long-standing partnership with the USAP, having serviced equipment on the ice since 1958, says Terra Cat CEO, Grant Whitelaw.

“We’re proud that our people and the Caterpillar equipment they service can thrive in one of the most remote and rugged environments on earth.”